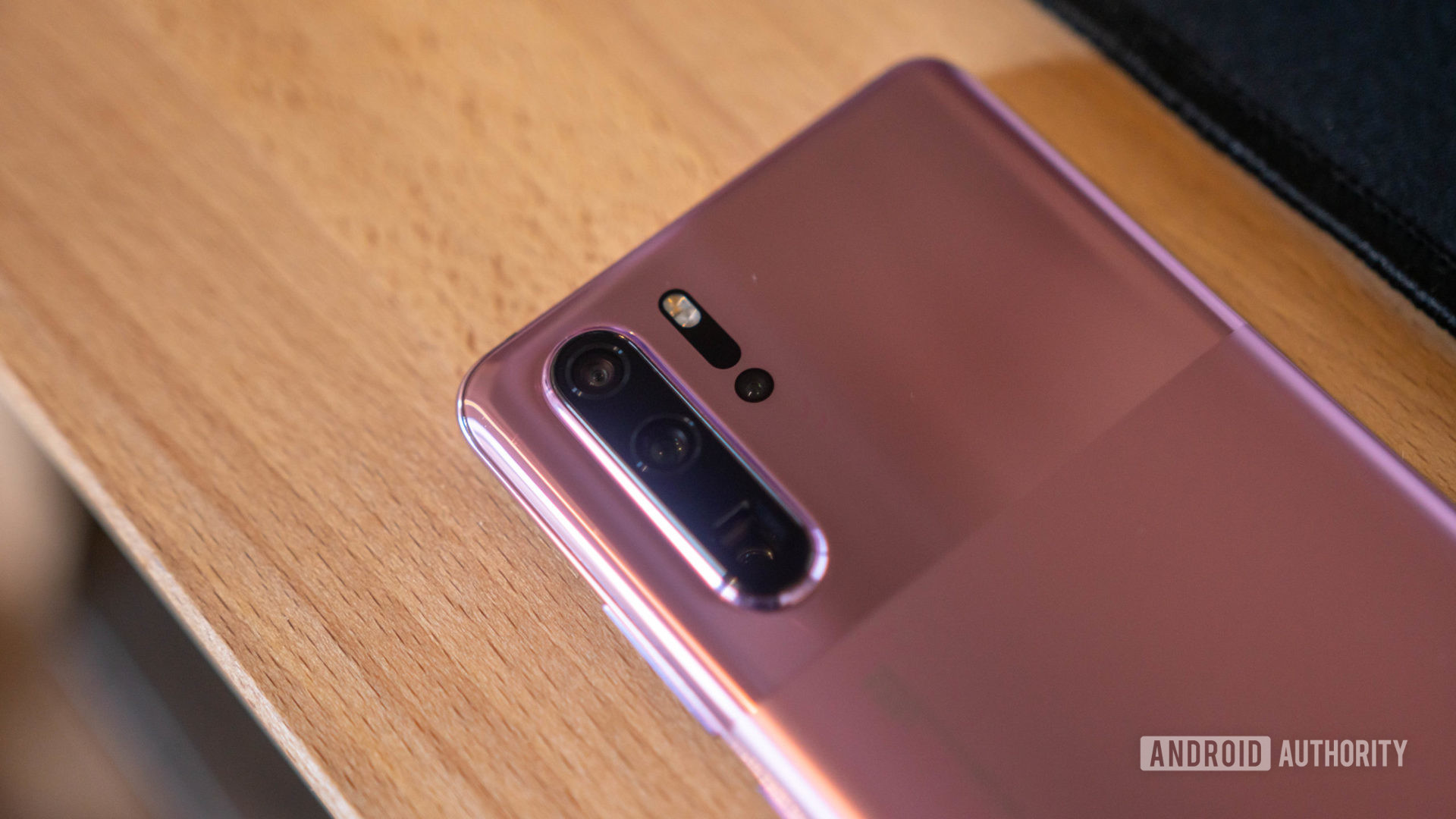 Buying a new smartphone can be a tough task, especially if you’re not a tech enthusiast clued up on the latest news and reviews. Mobile manufacturers have occasionally been keen to exploit this knowledge gap with dubious marketing tactics, especially if you’re looking for a great camera experience.

Fortunately, we’ve identified a few less-than-savory smartphone camera marketing trends that manufacturers use in a bid to pull the wool over our eyes. So keep these in mind before you splash out on that new phone.

Marketing photo samples and clips taken with studio-level equipment is a particularly unsavory trick. We’ve all seen those photos on a manufacturer’s website, showing a flawless shot or video that seems almost too good to be true.

More reading: Everything you need to know about smartphone tripods

However, these images and videos are often taken with the help of extra equipment such as studio lighting setups, tripods, gimbals, and more, not to mention a heavy dose of editing with professional-grade software. I’d wager that most manufacturers use studio lighting for selfies, macro shots, and other samples seen on their websites. For example, Redmi uses the macro shot above on the Redmi Note 11 product page. At the very least, we doubt the phone’s 2MP macro camera took this shot without some extra help, such as staged lighting and editing.

The use of extra equipment isn’t always a bad thing. Long exposure images need a tripod, for example. But the issue is that some brands will post this content without a disclaimer and let the reader think these are out-of-the-box results they could easily replicate themselves. So you should definitely temper your expectations somewhat when a company shows off its camera samples.

Some manufacturers have gone one step further than just using studio-level equipment and editing to make a phone’s photos look their best. A few brands have marketed photos or videos claiming to come from a smartphone when it turns out the material came from a different, professional-grade camera or video camera.

Looking for a great camera? The best camera phones worth buying right now

One of the earliest examples of this was Nokia with the Lumia 920 in 2012. The company used a DSLR camera rigged up in a van instead of the phone to demonstrate its supposed optical image stabilization (OIS) capabilities. Huawei’s Nova 3i was similarly caught out in 2018. A model’s deleted Instagram photo revealed that they weren’t actually taking a selfie with the phone but were instead photographed with a DSLR camera.

Needless to say, you should check out pictures posted by third parties or try the phone out yourself instead of solely relying on the manufacturer’s own images.

Companies love to shout from the rooftops about key features that make their phone stand out but are equally keen to omit details about other less impressive specifications. And yes, this happens all too frequently with smartphone cameras.

For example, the Realme 8 5G’s official product listing and spec page is missing key details about the macro and monochrome lenses — namely their resolution. Of course, the more impressive primary camera details are listed in all their glory, though. More generally, manufacturers are coy about revealing sensor size information for tiny selfie and zoom cameras but will always let you know when they include a big main sensor. In other words, you should check reviews or third-party specification tables if the manufacturer’s website misses out on key camera details.

For example, Samsung invented the “hybrid-optic zoom” term instead of saying the Galaxy S20 and S21 simply used hybrid zoom technology. It added the “optic” term, leading some to think that the phones had telephoto/optical zoom when they actually lacked this technology. With the arrival of the Galaxy S22 and S22 Plus, the base and Plus models finally have real optical telephoto cameras. So keep an eye out for phones with telephoto, periscope, or optical zoom if you value a camera that can get closer.

Huawei and Realme are two other companies using confusing technical terms, marketing that their phones offer AIS and UIS technology for image stabilization respectively. Granted, Huawei’s AIS uses AI technology to smooth out shakes, so it’s a little different from traditional software-based EIS. However, these are still software-driven solutions that won’t be as good as OIS hardware solutions. You, therefore, should always ensure that your desired phone has OIS if you want blur-free photos and less juddery video.

Counting megapixels is one of the oldest smartphone camera marketing tricks in the book and is still a blight on the industry today. It relies on the misconception that more is always better, which definitely isn’t the case when it comes to megapixels.

We’ve previously covered why more megapixels aren’t necessarily better (see the link above). What you need to know is that the size of the camera pixels and features like OIS, lens aperture, and software processing have a bigger bearing on photo quality than the number of pixels. This is especially important in low-light scenes, where larger pixels will help capture more light and, therefore, a better shot. Meanwhile, OIS can deliver images with reduced blur during the day and night.

More megapixels can be great during the day, adding more resolvable detail for cropping. However, you often won’t benefit from this extra detail out of the box. Many phones today shoot at a lower, pixel-binned resolution by default for clearer images. In other words, those 108MP sensors still give you 12MP pictures. So instead of looking at the megapixels, take a look at the pixel size. A pixel size of under 0.8 microns is considered small when it comes to 48MP+ smartphone cameras.

Smartphone manufacturers also lean on software to deliver higher resolutions and faster frame rates than the hardware can provide. While this isn’t always misleading, some phones claim to support a feature that their hardware isn’t capable of.

We saw numerous third-string Chinese brands, such as Oukitel and Doogee, do this several years back. Their phones claimed to have a 13MP rear camera when it’s actually an 8MP sensor that upscales final images to 13MP. These brands often buried the upscaling/interpolation disclaimer in the fine print, if they mentioned it at all. Thankfully, this practice is quite rare today.

Both Huawei and Samsung offer disclaimers in some of their promotional materials, but not all of them. Potential buyers should keep an eye out for these notices. Failing that, resources like Hi-Speed Cams do a good job of determining whether a flagship phone has interpolated or native slow-motion recording.

So what should you look for if you want a great camera?

Now that you know about some of the smartphone camera marketing tricks brands use for their cameras, what about the factors you should consider if you want a great mobile camera?

One of the most important elements is image processing/software, and each brand differs in this regard. For example, Samsung cameras generally offer saturated colors and a wide dynamic range, while Sony smartphones offer more realistic hues and muted HDR results. Meanwhile, Google is known for somewhat saturated colors and great low-light quality. This isn’t guaranteed for all phones by a given brand, but it’s a solid baseline for what you should expect.

Our full guide: Want a phone with a great camera? Here’s what to look for

In terms of hardware, you’ll want a large main camera sensor with OIS and relatively big pixels. For example, the most prominent flagship phones on the market, such as the Galaxy S22, Xiaomi Mi 11 Ultra, and Google Pixel 6 series offer OIS and a main camera sensor with one-micron pixel size or larger. It’s best to avoid smaller than 0.8 microns pixel sizes for 48MP, 50MP, 64MP, and 108MP cameras. There’s a reason why $200 phones with 50MP cameras can’t hold a candle to ~$1,000 phones with 50MP cameras — their sensors are too small.

Finally, you should ask yourself how many additional cameras you need. Not sure? Then think about the types of photos you want to take (close-ups, landscapes, sports events, etc). The top flagship phones usually have an ultrawide camera and a telephoto or periscope zoom lens to cover all perspectives. You can still find ultrawide cameras on budget phones, but telephoto/periscope cameras are pricier and therefore not as common in the mid-range and budget space.